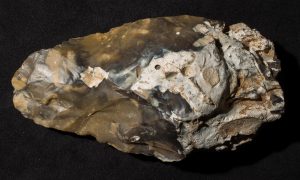 The Falconer’s archaeology collection starts not with Victorians, but a good quarter of a million years earlier, and several species of human into the past.

Whatever homo species it was that left their distinctive flint tools at St. Acheul in France, it was our Hugh Falconer who some 200,000 – 300,000 years later collected several, helped identify the Acheulian hand-axe, and began to recognise its stunning antiquity.

The archaeology collection starts right at the bone and continues through rare and precious objects including many from type-sites: Besides the Acheulian hand-axes from St. Acheul, there are Mousterian (Neanderthal) flints from Le Moustier, Magdalenian (‘Cro-Magnon’) flints from La Madelaine, and the huge ‘livres de beurre’ from Grand Pressigny, presented to Hugh Falconer by the Duc de Luynes at Pressigny in 1864.

This collection of important finds from many of the major prehistoric cultures of Europe, collected at the very sites which gave names to those cultures, is not matched anywhere within Scotland. 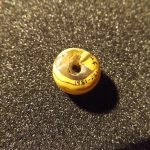 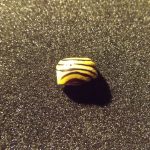 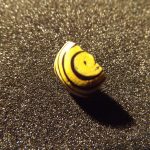 In the continuing quest to sort all this out and understand the language it transmits from the past, professional and amateur archaeologists have been taking advantage of the lab space offered by the museum’s Store. Many, many hours of post-excavation work on materials from current field work around Moray have been enabled under the Falconer roof, allowing local people to contribute to and learn from the work of professional field archaeologists and specialists.