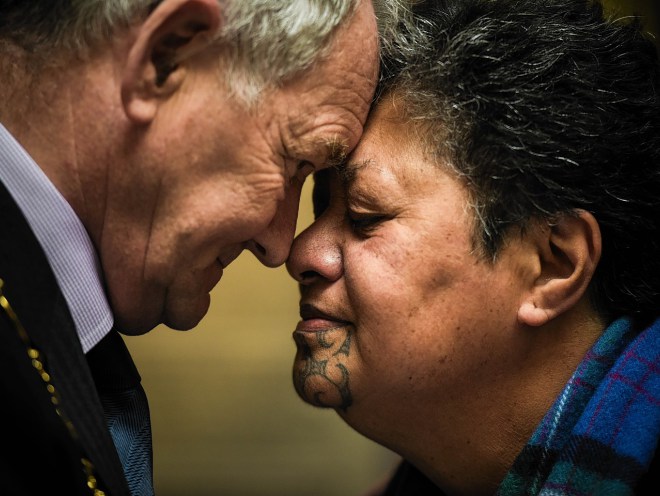 A private ceremony was held in the Falconer Museum in Forres with Maori representatives and council officials.
They were marking the signing over of a Maori skull to the Museum of New Zealand, who will return it to it’s ancestral homelands.

Museums officer Anne Owens explained that the skull has been part of the museum collection for more than 130 years, but has not been on display since Victorian times, but has been carefully preserved.

Manager of Repatriations at the New Zealand museum Te Herekiekie Herewini, who carried out the private ceremony with colleague Hema Temara said that it was Maori belief that the spirit was lonely and needed to be returned to its people.

He said: “Repatriating the skull is important, and this is due to a goodwill gesture from the Moray Council who have been pro-active in allowing us to return this ancestor to his country of origin.”

He added: “Being able to come here and do this is uplifting and important as we believe that he has been lonely for more than 130 years and needs to be among his ancestral homeland.”

Both Maori representatives thanked the council for being pro-active in contacting them to return the skull, which comes from the Waikouaita in the Otago region of New Zealand’s South Island, and was donated to the museum around 1883 or 1884 by one John Hugh McKenzie, of whom very little is known.

Moray Council convener Councillor Allan Wright signed the formal transfer document, and made a speech to a small audience who gathered at the museum for the occasion. 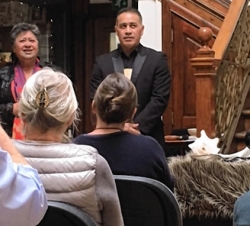 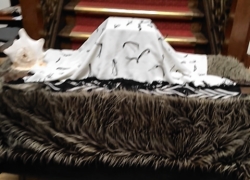 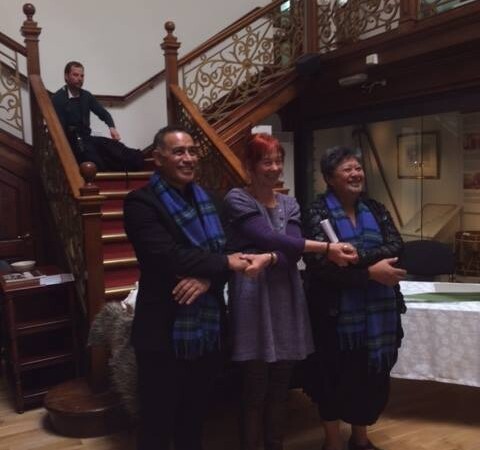 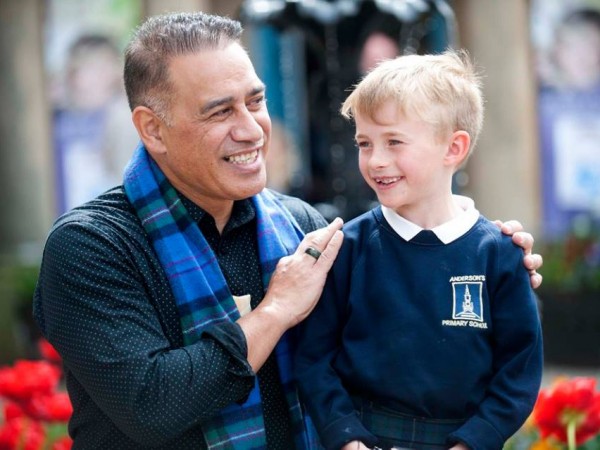 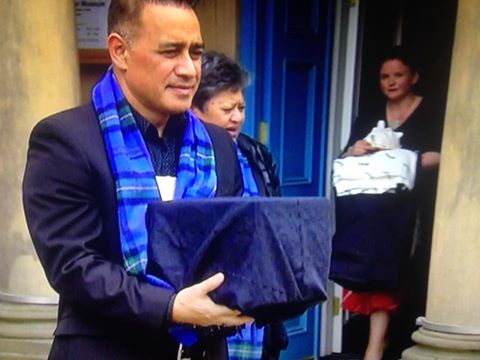 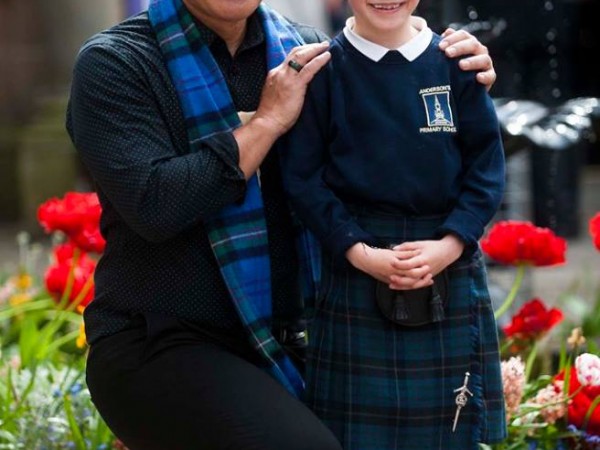 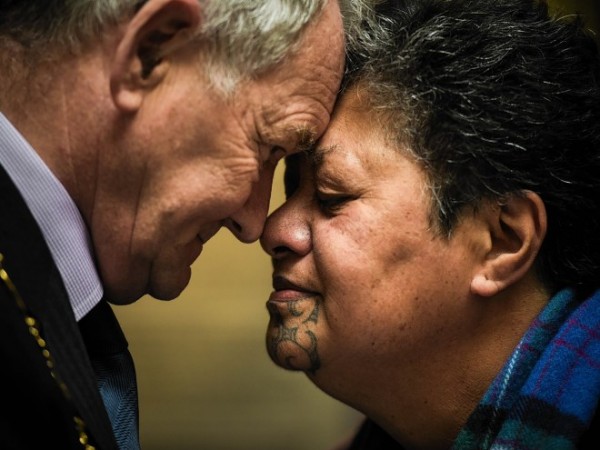 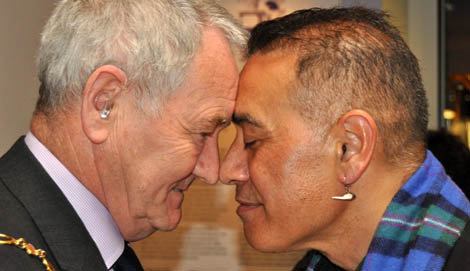 Ms Hema Temara and Alan Wright, Convenor of Moray Council, perform a hongi following a ceremony at the Falconer Museum in Forres, Moray on May 17 2016. A repatriation ceremony took place at the museum this morning, Tues. The Maori ancestral remains were handed back to Te Papa, a delegation from New Zealand. See Centre Press story CPSKULL; A Maori skull which has been held in a museum in Moray for more than 130 years is being returned to New Zealand.

“We are pleased to be able to return these remains to the Maori people where they rightfully belong,” he said. “It may seem strange and perhaps even macabre for any institution to be in possession of human remains from thousands of miles away on the other side of the world.

“But these things have to be seen in a historical context and in those far-off days it was the only opportunity that people had to appreciate and understand objects from other nations and other cultures.

“However, we now know of and recognise the great importance of these ancestral remains to the Maori people and we warmly welcome the delegation from the Museum of New Zealand who have come all the way to Moray to take possession of the remains and accompany them on their journey home.”

Museum of New Zealand spokesman Dr Arapata Hakiwai said: “These were dark days when these ancestors were traded, collected and stolen.

“But today we have the opportunity to put right the mistakes of the past and we are very grateful to all the institutions who have shown great sensitivity and respect to reach this milestone with us.”

The ceremony included Maori singing and chanting and ended with Councillor Wright being invited to take part in the Maori tradition of ‘hongi’ – a form of greeting in which parties press their noses together.

Children from Andersons Primary School also played a part, singing Maori songs from the gallery. They were presented with reading books by Mr Herewini; Local storyteller Margot Henderson also recited a poem Song of the Stones, which she wrote, and was later presented with a book on Maori music.

Last summer Moray Council’s museums service contacted the Museum of New Zealand after learning of a New Zealand government initiative to retrieve Maori remains from across the world and return them to their rightful final resting place. 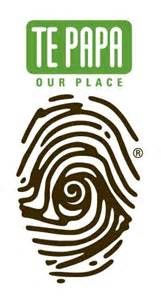 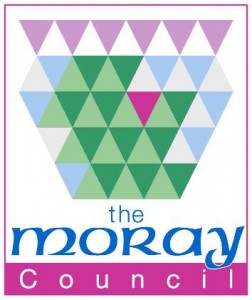